Every year Chamber Music New Zealand holds a competition for young chamber musicians and composers which includes a unique coaching programme funded by ABRSM. Sue Jane, CMNZ Education and Outreach Coordinator reports. The coaching programme sponsored by ABRSM is celebrated by all those who receive it and has become an integral part of the New Zealand Community Trust Chamber Music Contest, held annually throughout New Zealand. The contest is the only competition of its kind in New Zealand and is open to young musicians and composers aged 13 to 19 years. It attracts over 1,500 entries annually in 15 districts throughout the country. Many of New Zealand’s most celebrated musicians count this competition as the springboard that helped launch their careers. The Doric Quartet, after adjudicating the national finals in 2014, wrote: ‘If only we had something like this in the UK; it is a truly unique event.’

For the past six years ABRSM’s generous sponsorship has funded a coaching programme using professional musicians in a number of centres, as part of the contest build-up. This tuition helps raise the overall standard of performance in each region enabling each group to ‘lift their game’. Through it, students have access to teaching of the highest quality, bringing them closer to reaching their potential. One of the 2015 coaches explained: ‘It’s very stimulating and rewarding to coach young chamber musicians. They are almost always well-prepared, enthusiastic and responsive.’ When asked if they would participate again, coaches invariably give a resounding ‘yes’. They love seeing the benefit to groups, especially those from small towns. With so many New Zealand musicians being alumni of the competition, it’s not unusual for coaches to be able to share with contestants their own experiences at that age – always a good connection to make.

This year there were coaching sessions covering the country from Whangarei in the north to Invercargill in the south. Some sessions were given by NZ resident musicians in the course of touring for Chamber Music New Zealand. Saxophonist Deborah Rawson visited Motueka ahead of her Saxcess saxophone quartet performing there in June and relished the opportunity to work with the young players. Thomas Eves is a Kiwi trumpeter who has returned to work in Christchurch as the principal trumpet of Christchurch Symphony Orchestra after postgraduate study at London’s Royal College of Music. He was enthusiastic about driving 250km down the coast to coach the brass quintet at Waitaki Boys’ High and they were glad to have him. ‘Thanks again for providing this service,’ wrote the dedicated local brass teacher Margaret Van Ginkel. ‘The kids in the provinces very rarely get these opportunities.’ School music teachers have huge demands on their time and are grateful for the expert assistance the ABRSM coaching programme provides. Motueka music tutor Sarah Lewis said the coaching programme was ’so good, and so necessary!’ Commenting on a visit from flautist Hannah Darroch, teacher Gary Wilby of Hutt Valley High School, said: ‘Thank you for the opportunity which was very valuable for the students. One said afterwards that the group were amazed at how all the parts worked together and he now realised how important his part was.’

CMNZ enjoys a close relationship with the New Zealand Symphony Orchestra and looks for opportunities to use these musicians while on tour around the country. NZSO players recently gave coaching sessions on their afternoon off while in Dunedin. Principal flute Bridget Douglas was happy to spend time with several groups at her old school in the city. Once a contestant herself, Bridget worked with the students to get them to do more than play the notes on the page. ‘If you connect with the music, the music will connect with the audience.’

CMNZ cannot offer coaching to all the groups that ask – this year 280 groups out of the 469 in the competition requested coaching. Each year 70 to 90 groups receive assistance and priority is given to groups that are least likely to be able to source high-quality professional tuition in their area. Skype coaching sessions were also introduced in 2013. Mark Walton, an Australian-based clarinet and saxophone performer who was awarded the Order of Australia medal in 2005 for his contribution to music education, specialises in using technology for distance tutoring. Mark has been engaged for the last couple of years to Skype-coach groups in remote areas. This year he has helped some Gisborne groups to choose repertoire following their Skype sessions with him.

An important strand of the NZCT Chamber Music Contest is the Original Composition section and ABRSM-funded feedback is given to these young composers in the lead up to submitting their scores for judging. This advice can include everything from musical structure and the basics of composition to finding the right title and including programme notes. Wellington-based composer and arranger Craig Utting has been the Composition Coach for the past three years. When asked for one piece of advice he would give to the budding young composers entering the contest he responded: ‘Three pieces of advice! Listen to lots of music. Play lots of music. Write lots of music – the hardest part is writing it down, so the more you do, the easier it gets – it’s called practising, just like learning an instrument!’

A source of inspiration

What has become clear is that the coaching sessions are not only about getting groups and contestants ready for the contest. In many regional centres having a visit from enthusiastic professional musicians can be a source of inspiration and expert advice that benefits students in the broader context of their musical development. After the coaching, students usually feel they need to rehearse more. But they also comment that the instruction they have received is useful in guiding them to improve. Feedback from students is not confined to the works they are preparing for the contest. Coaching sessions are often an opportunity to receive instrument specific advice about techniques related to posture, tone production, general ensemble skills and much more. As one student said: ‘The session helped for all my playing, not just pieces for this competition.’

The ABRSM coaching programme has made a significant difference to the standard of the players involved and assisted teachers greatly. It is important in ensuring that the contest continues to nurture musicians and lovers of music. As Myles Payne from Nelson College for Girls says: ‘This is an amazing gift that you offer the students. Learning like this is powerful and has made a difference with each group.’

This article was originally featured in the September 2016 edition of Libretto, ABRSM's magazine. 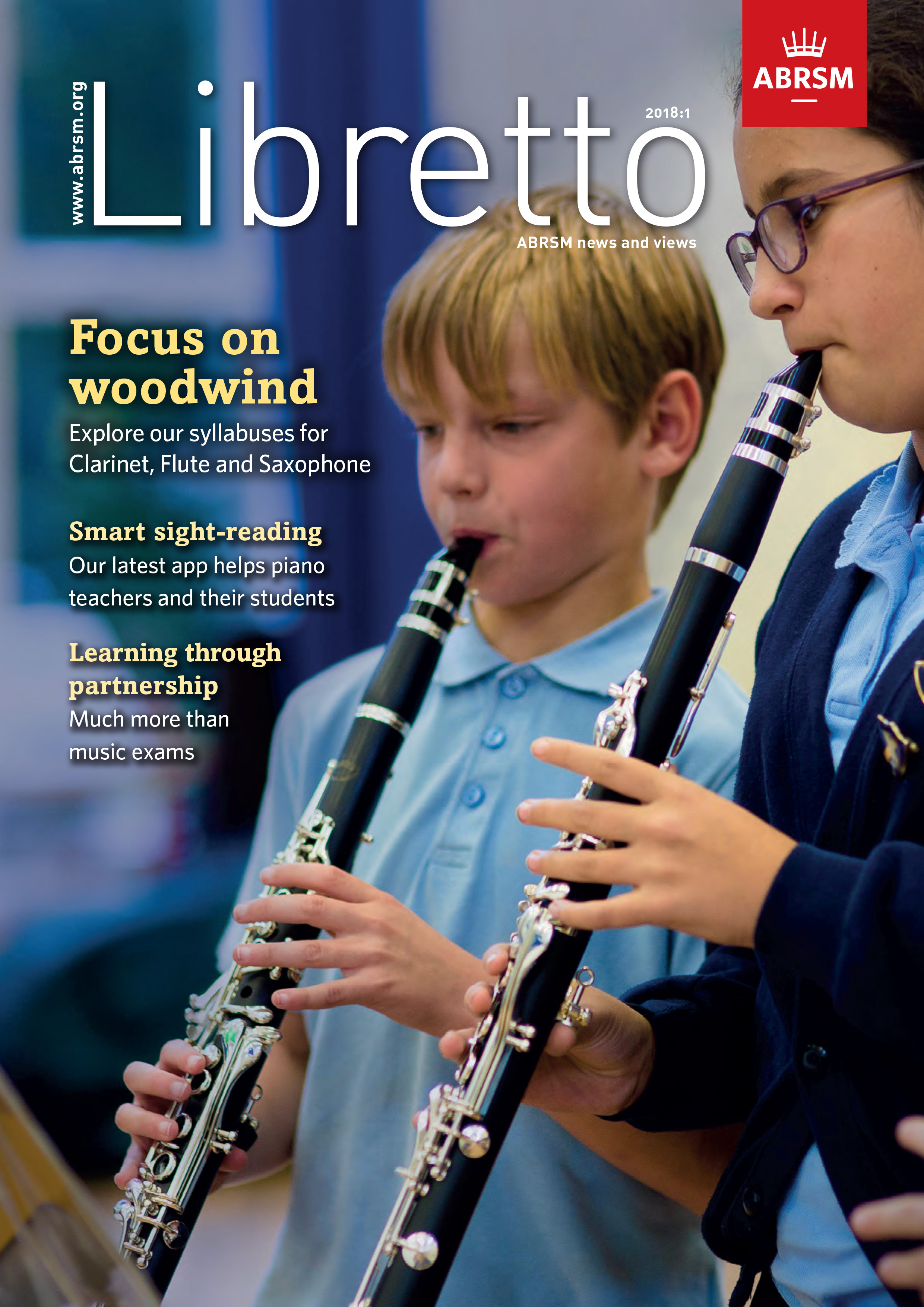