Our online booking service will be unavailable on Monday 19 April while we make some important updates. We will provide a new message here once the service is available again. If you have a Performance Grade exam booking this session, please see our Latest Updates page for important information on how this may affect you.

Grade 5 Music Theory waiver (not applicable in the UK & Ireland)

We are pleased to confirm that we will be offering Performance Grade exams every month for the remainder of 2021. Please check our Dates and Fees page for details.

ABRSM contributes to the London Music Fund, which offers scholarships to talented young London musicians who donât have the financial means to pursue their musical development.

What is the London Music Fund?

The London Music Fund is an independent charity founded in 2011 to support children from across Londonâs 32 boroughs who demonstrate significant musical ability, enthusiasm and commitment to learning an instrument by giving them the opportunity to develop their potential.

What do scholars gain from the scheme?

All scholars receive up to four years of tuition, supporting sustained musical progress, through their Music Education Hubs.

"At ABRSM we see this as making a real investment in the next generation of performers, teachers, leaders and listeners.

"We work with a number of organisations around the world which help young people to develop their musical skills in a progressive way. So weâre delighted to support this great initiative, which provides support for musical potential where itâs really needed.â

Life hasnât always been easy for Shemol, but he has used music as an effective way to excel in something heâs passionate about.

The ten-year-old from North London is from a single parent family. He, his mum, and his younger sister have been living in temporary accommodation in the last couple of years after being made homeless. 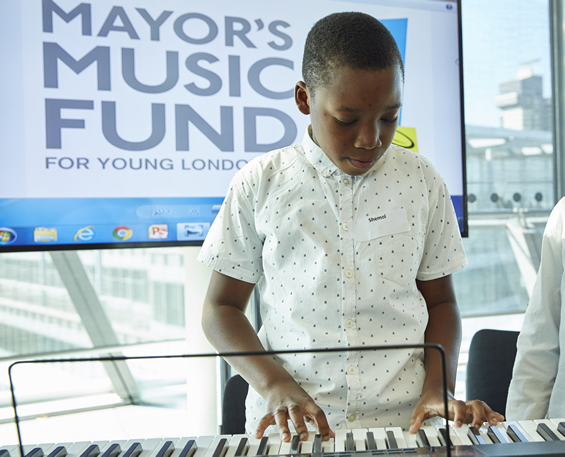 Despite these setbacks, Shemolâs mother Kimberlee has continued to encourage him to nurture his musical abilities.

She initially thought he would be interested in playing the drums, as he used to like tapping pencils on the table to songs that heâd heard in adverts. Then when he was eight, Shemolâs teacher asked her if he could be given piano lessons to learn some jazz songs.

Shemol and his teacher convinced Kimberlee to buy him a piano to practise on. She was income support benefits at the time, but was able to buy it by paying in instalments. 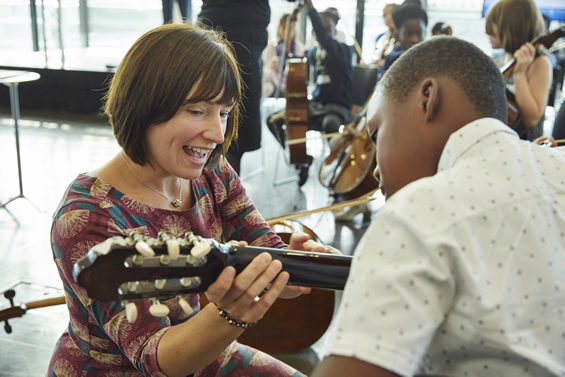 The piano lessons were for 10 to 20 minutes once a week, but after a term Shemolâs teacher left the school. Undeterred, he began teaching himself by watching people play on YouTube videos and the replaying the music himself.

He started performing the songs he had taught himself at events at school, at his local church and even drew a crowd of people to listen to him perform at Heathrow, when he started playing a âstreet pianoâ at the airport.

He started playing the guitar at school at 10 years old in a class of 30. His musical flair clearly stood out and his teacher recommended that he should receive individual music lessons.

Music has helped Shemol to increase his confidence and self-esteem, but without the support of the London Music Fund he wouldnât be able to have guitar lessons.

Kimberlee says: âMusic has really helped to stimulate Shemol. It helps to bring out whatever emotion he is feeling. It has improved his concentration, given him courage and confidence to be in front of a crowd and taught him perseverance.

âShemolâs ability goes to show, that talent can come from any household, regardless of class or ethnicity.â

Shemol said: âListening to music is good but playing songs on my instruments is even better!

âI feel really happy and blessed that I can play the piano and the guitar. I feel so happy to make my mum proud. I love making her smile when I play for her.

âHaving lessons at school has helped improve my reading, and Iâm looking forward to making new friends, having fun and playing in front of people at concerts as a result of the London Music Fund. 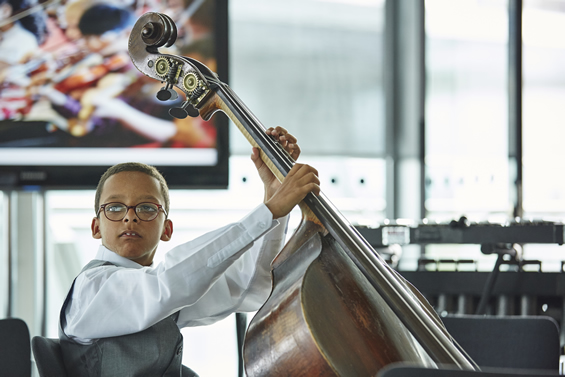 Charles, from East London, was in the care of his grandmother who paid for his violin lessons from her pension.

He began his double bass scholarship at the London Music Fund at Grade 1, when he was seven years old. He was worked through the grades, achieving distinction at Grade 7, and is now working towards his Grade 8.

He also plays the violin at Grade 6 standard and trombone at Grade 5, and since becoming a Mayorâs Scholar has won two further awards â a full music scholarship to an independent school, and another scholarship to the Guildhall School of Music.

âI canât imagine any other case where the support of the London Music Fund could have been put to better use. It has certainly opened doors for him and given Charles opportunities that would not have been available to him if he wasnât a Scholar.

"Charles has made outstanding progress and seems to have an in-built musical ability. This together with his hard work and practice routine means he cannot fail to succeed. He is also unassuming, modest and likes to help others.â

âI have enjoyed being a scholar and the opportunity through my music school it has given me.

"When playing my instruments I feel free and good about myself and hold nothing back. I loved playing and being a part of The Youth Orchestra for London with Sir Simon Rattle â it was a fab experience!

"I have gained confidence in playing to an audience or a small group. My proudest moments have been becoming Havering Young Musician of the Year and the 2012 Olympic Opening Ceremony with the LSO.

"I would like to say a big thank you to everyone who donated the funds for me to be a London Music Fund Scholar.â 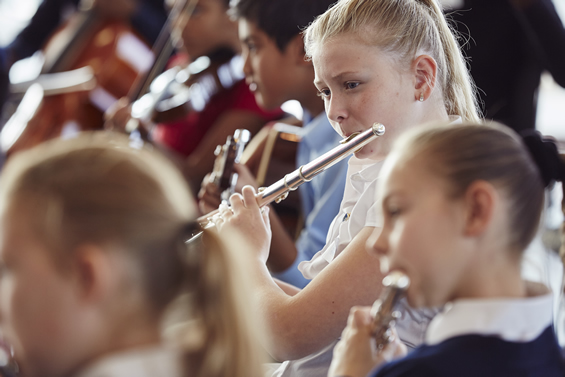 Katie, from South West London, was inspired to learn the flute after seeing a marching band. She managed to teach herself and was accepted as a member of the group.

She joined her school orchestra, absorbing musical knowledge from her fellow flautists. Even though Katie had at that point never had a music lesson, she demonstrated such tremendous initiative and enthusiasm for the flute that she was considered an excellent candidate for a scholarship â at the age of nine.

She is currently working towards her Grade 3 exam.

âKatie has blossomed since she has had the opportunity to have flute tuition and develop the skills to participate in a wide range of music making.

"She is always very supportive to other members of a group and her quiet determination and enthusiasm is infectious and a very positive addition to any ensemble.

"The enjoyment that Katie derives from all her music activities is evident, especially as playing the flute helps her to achieve more effectively in all aspects of her life.â

Commenting on being a Scholar, Katie, whoâs now 10, says:

âIt makes me feel happy, proud and I want to carry on playing music.

"I am enjoying it because it's allowed me to meet lots of awesome people, understand how to read music better and meet people like me who enjoy playing music as much as I do.

"It has given me lots of self-confidence and makes me want to try new things. There is nothing I don't like about it. It is fun learning.â